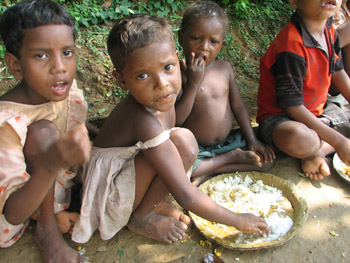 The last few months have been a time of increased activity for us. In September, a renewal of monsoon rains led to severe flooding throughout Orissa, leaving more than 1.5 million people homeless in the state. Every year Orissa seems to bear the brunt of monsoon flooding in India, but this year it was even more so, with miles and miles of land submerged under water. If anyone had traveled on the Calcutta-Chennai railway line during this time, they would have noticed endless expanses of water on both sides of the track as the train went through Orissa. What used to be endless rice fields had been transformed into an all encompassing ocean on both sides of the train, as far as the eye could see. 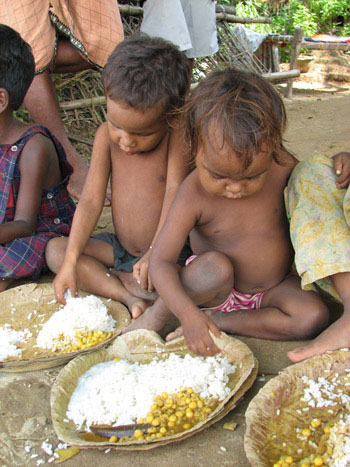 Fortunately, our rural relief center located in Randiya was situated on high land, so it remained functional during this time of increased need, and we were able to expand distribution of food to people in the area.

The water levels have since returned to normal, but many of the villagers are still faced with hardships. Those who were growing crops lost everything when their lands became flooded. Also, all of the houses in Orissan villages are made from mud, so when there is severe flooding the houses are destroyed by the water and need to be rebuilt. It is difficult for us to understand the hardships they face even after the waters have left and things look “normal”. What ever little savings the villagers had accumulated throughout the year, they need to spend to fix their houses. Those who have no money need to resort to loans and debt, just to get a straw roof over their head. Already these tribal villages in Orissa are some of the poorest regions in India, and when you add these additional hardships, it is unbearable for most people. Facing such difficulties, even the smallest act of kindness, like a hot nutritious meal, is really appreciated. Where ever we conduct food distribution, we are always met with the biggest and brightest smiles. Their villages might have been flooded, their houses might have been lost, but when they eat this spiritualized food (shuddha anna-dana), cooked with love, everything is forgotten and they are filled with happiness, at least for a few hours.

In December we have plans to start anna-dana seva in rural villages in the South Indian state of Tamil Nadu. Initially we plan to focus distribution in villages surrounding Avinashi and Coimbatore, where devotees have recently opened two new branches of the Bhaktivedanta Ashram. Our policy has always been to depend fully on volunteers, and to utilize the free facilities of the Ashram, so that there is never any administrative expense in our relief work. In this way we can utilize 100% of all donations directly in preparing food for distributing to needy children. As such, the opening of new Ashram branches by devotees in Coimbatore and Avinashi has provided us with a wonderful opportunity to expand the food relief activities in Tamil Nadu. Devotees are also working on opening a branch in Andhra Pradesh, so we hope to be able to begin food distribution in Andhra Pradesh early next year.

I would like to again thank all of our friends and donors who have contributed towards these projects. Without your help none of this would be possible. We would especially like to thank our friends at “Edward Quality Services & Limousines” in France who helped sponsor much of the food distribution during this difficult time. Some recent photos of the relief work are included below. 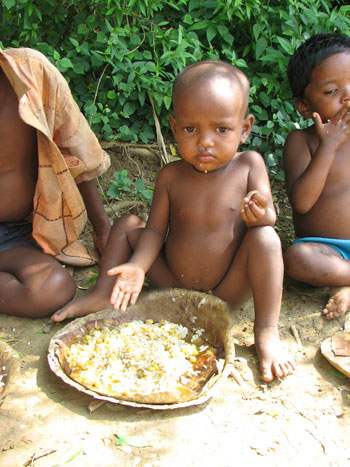 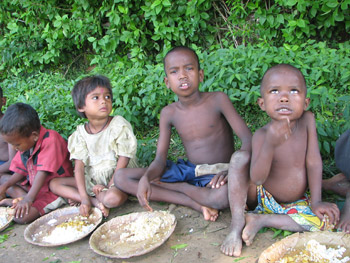 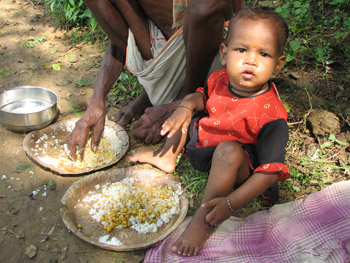 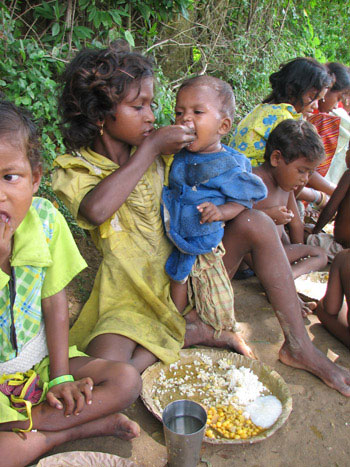 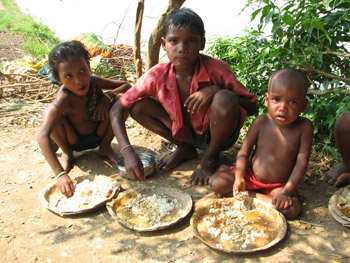 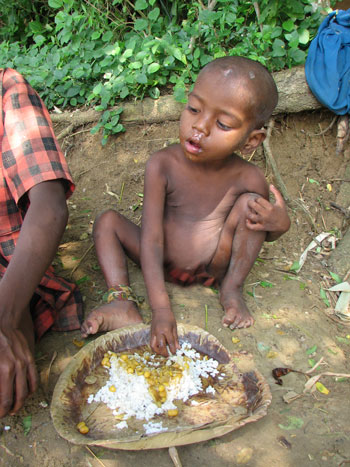 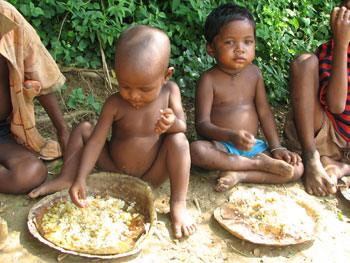 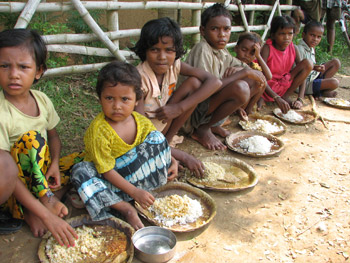 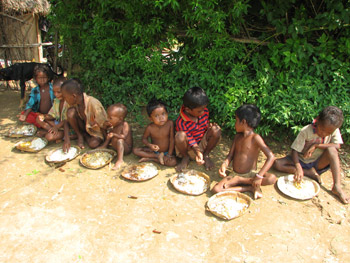 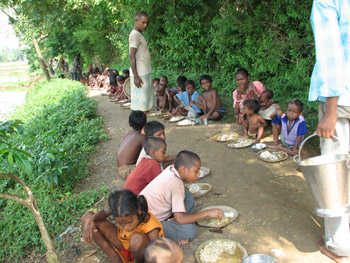 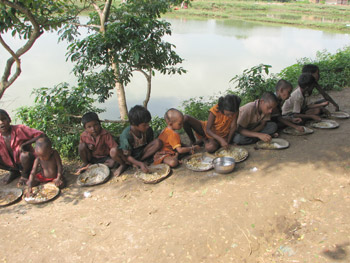 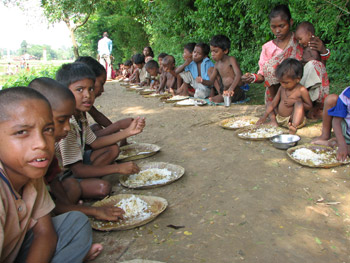 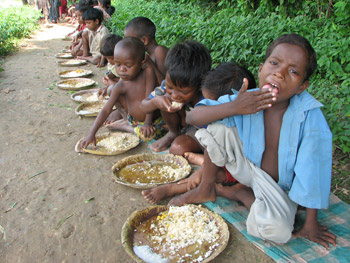 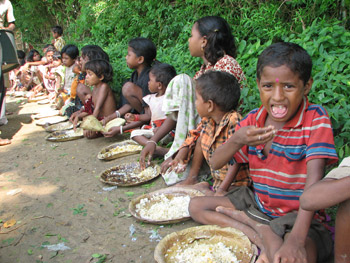 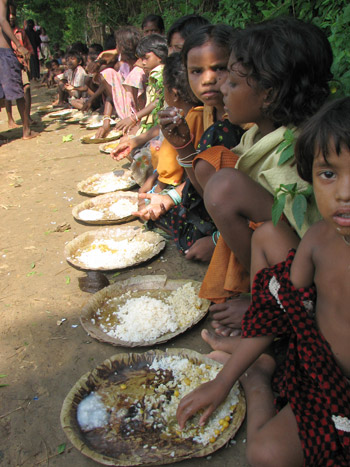 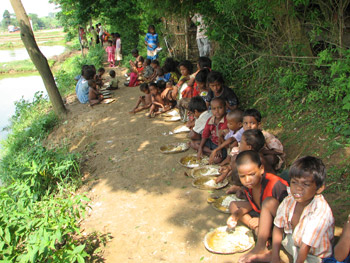 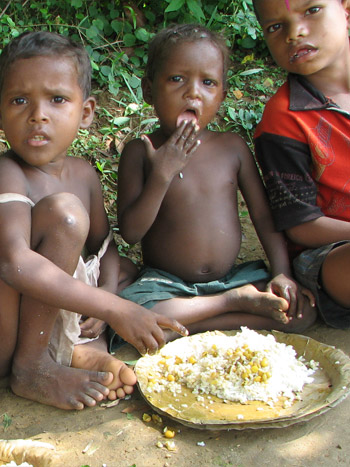 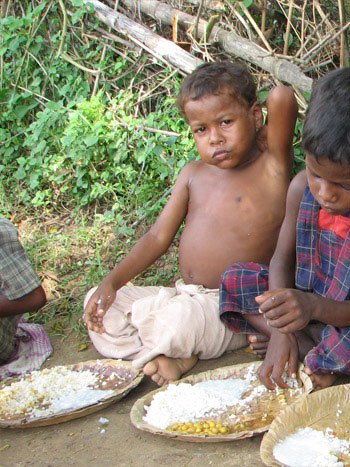 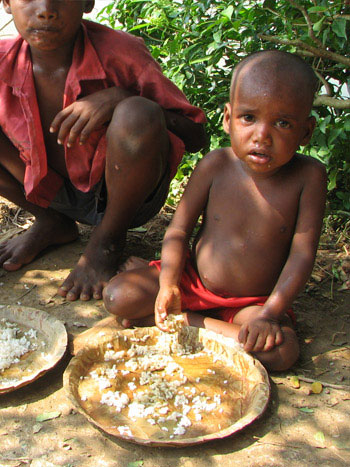 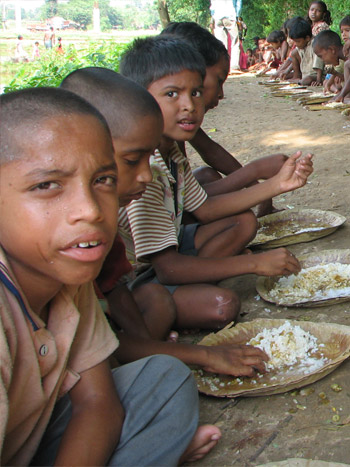